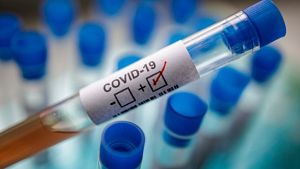 With the detection of 139 new positive cases of novel coronavirus, 30 from Jammu division and 109 from Kashmir division, the total number of positive cases in Jammu and Kashmir on Wednesday increased to 2,857.

According to the daily Media Bulletin, out of 2,857 positive cases, 1,816 are Active Positive, 1,007 have recovered and 34 have died; four in Jammu division and 30 in Kashmir division.

New Delhi: The nationwide tally of confirmed COVID-19 infections neared 2.1 lakh on Wednesday with a record number of nearly 9,000 new cases getting detected across states and union territories, while the death toll neared the 6,000-mark. The government, however, said recoveries have also crossed the one-lakh mark and the testing infrastructure has been ramped up considerably. Badly-hit states and union territories such as Maharashtra, Tamil Nadu, Gujarat and Delhi continued to report rising tallies, while new cases continued to surface in several eastern and north-eastern states including Bihar, West Bengal, Odisha, Assam, Nagaland, Mizoram and Sikkim.

In its morning update, the Union Health Ministry said the total number of cases has risen to 2,07,615 across the country, following an increase of 8,909 cases in the 24 hours since Tuesday 8 AM, while the death toll rose by 217 in this period to 5,815.

The number of active cases has also risen to more than 1.01 lakh, while at least 1,00,302 COVID-19 patients have recovered already giving an overall recovery rate of over 48 per cent, the ministry said.

However, a PTI tally of figures announced by states and UTs, as of 9.30 PM, showed the total number of confirmed cases having risen to close to 2.1 lakh and the death toll to approximately 6,000, showing an increase of nearly 9,000 cases since Tuesday evening and at least 273 more fatalities in this time period.

It also showed a higher number of recoveries at more than 1.03 lakh.

The Bulletin said that till date 1,93,145 travellers and persons in contact with suspected cases have been enlisted for surveillance which included 44,389 persons in home quarantine including facilities operated by government, 45 in Hospital Quarantine, 1,816 in hospital isolation and 53,639 under home surveillance. Besides, 93,222 persons have completed their surveillance period.

Meanwhile, seven policemen were placed under quarantine after a man who was arrested here earlier this week on charges of domestic violence tested positive for COVID-19, officials said.

The policemen had taken into custody a man from Kalai-andar in Rainawari area of the city after his wife had registered a case of domestic violence against him in Nowhatta police station, the officials said.

He developed a cough and fever on Monday night after which his sample was taken and sent for COVID-19 test, they said, adding the result came positive.

The seven police officers, who came in contact with the arrested person, have already been placed under quarantine while samples of several other policemen have been collected for testing, the officials added.

Leave message for us 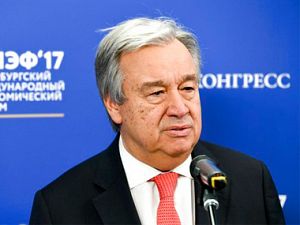 Free heart screening camp for children at Udhampur on November 17

Our organization was founded by a group of committed social activists who were concerned about the inequalities prevalent in society. The group of activists conducted sporadic social welfare activities in semi urban and rural areas. In the course of